Mr. KATO Toshio, President of the Japan Housing Finance Agency (JHF), signed the Letter of Intent (LOI) with the Housing Bureau, the Ministry of Land, Infrastructure, Transport and Tourism(MLIT), the Department of Urban and Housing Development (DUHD), the Ministry of Construction of the Republic of the Union of Myanmar and the Construction and Housing Development Bank (CHDB), the Republic of the Union of Myanmar on September 5,2016 in Tokyo.
The objective of this LOI is to strengthen and intensify capacity in the field of housing loans and its related issues in Myanmar. 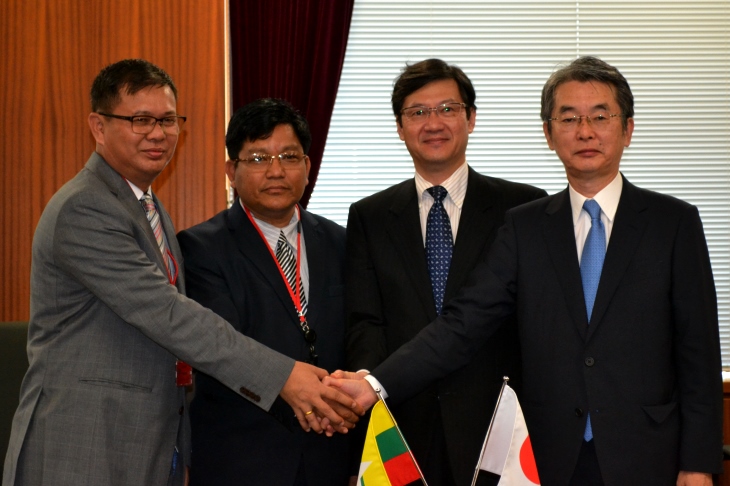